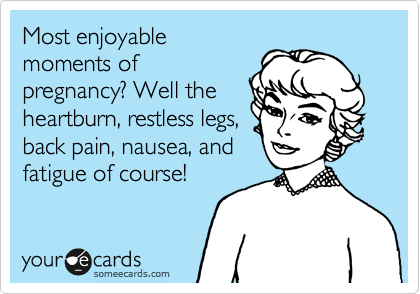 It’s a little late in the game, but I’ve been awa from blogging for a bit and haven’t written much (if anything) about how my current pregnancy with Bubs the II is going. I’m currently sitting pretty at 33.5 weeks. Well, more like ‘sitting uncomfortably’, if I’m to be accurate in my description. It’s not a particularly momentous milestone week, but I figure that I might as well reflect a bit while I have the chance. Hard to believe that I only have about 6 weeks left in this journey. I should probably get my act together and start thinking about packing a hospital bag at some point, but with this second pregnancy, I have become a lot more relaxed in the whole “labour and newborn preparation” category.

Gender: Those who follow on Instagram (or who I know outside of the blogging world) are probably aware that we are having a GIRL this time around! This is a big deal, as Adam and I only have brothers. Besides my current and future sister in laws, there are no girls anywhere in sight. Actually, at my 14 week appointment, my doctor showed me the ultrasound image and what appeared to be a little brother for Thomas. So, for about 6 weeks I had become resigned to the fact that I would remain the lone female in our home. Needless to say, it was a huge surprise at my 20 week anatomy scan when we realized that we were, in fact, half way to meeting our baby girl! As everyone says, gender doesn’t matter in the grande scheme of things. BUT, we can’t help but be excited to experience parenting a daughter, too.

Weight Gained: About 26-27 lbs (12 kg), and counting. More than I had at this stage with Thomas, but it’s all good. I gained a lot in the first trimester, and have just been gradually increasing since.

Symptoms: Like my first time around, I think that staying active has helped me to avoid many physical issues that oftentimes accompany pregnancy. I was very sick until about 18 weeks (I had to take medication for it), and during the second trimester I had off-the-charts heart burn every night. As we gear up for the homestretch, I am beginning to feel some discomfort in my hips. I also get restless legs and ridiculous charley horses in my calves in the middle of the night. Otherwise, I’m just starting to feel heavy and pretty exhausted by the end of the day. Fun times! 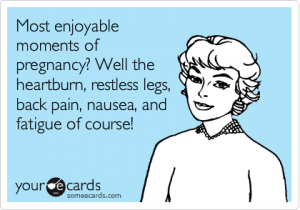 I must add that I am totally not complaining, just explaining! I am so grateful to be growing another little human, despite the typical and annoying pregnancy issues that go with it.

Movements: There are definitely some sharp little limbs in there! Poke, poke, poke.

Food Aversions: Something about salad still grosses me out. I eat it anyway, but it’s not enjoyable. I also have not been doing well with most meat proteins lately.

Food Cravings: Nothing really stands out. I’ll get a craving for a particular food, eat it, and then I’m over it. Today I wanted chips. Yesterday I was dying for fruit salad. Last week I couldn’t focus until I had fish tacos! It’s always changing, so I just address the issue (i.e.: eat it ASAP) and move on. 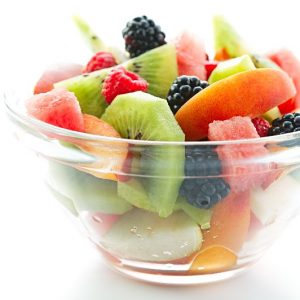 Sleep: I’m not sleeping well lately. Up every hour or two, tossing and turning, thinking about stuff. This happened last time. I think my body is just amping itself up for the little amount of sleep I am about to get in several weeks’ time.

Stretch Marks: None that I can see, but my belly is really itchy, which apparently is indicative of impending stretch marks?! Someone told me that last week. Please tell me this is an old wives’ tale! Anyway, I HAVE developed some awful veins on the back of my calf. Actually, you can see it in the 33 week photo at the top of the post. This didn’t happen with Thomas, so I’m a little bummed out. I’m hopeful they’ll go away, or at least not get any worse, but perhaps it’ll be something that I just have to deal with.

Belly Button: I have had a crazy outie since the beginning of my second trimester! It’s super noticeable through clothing, too, and everyone comments on it. My Body Pump instructor actually made a joke about it in front of the entire class the other day. However, this is also the same person who I had the following conversation with a few months ago:

Her: This is the first day I’ve really noticed that you are looking pregnant, Kelly!

Me: Oh, I know! My belly popped much earlier this second time around.

Her: Ohhh, I suppose. I mostly meant through your face and upper arms, though!

New Baby Items: It has not been until we got back from Canada that I’ve really felt the urge to start preparing much around the house for the new baby. Since we currently live in a 3-bedroom apartment and are unsure what our living arrangements will be in the new year, we aren’t preparing a bedroom for Baby Girl yet. She’ll just camp out in a bassinet in our bedroom for awhile. We already have many essential items, since it wasn’t that long ago we had a newborn. However, I think my nesting instincts are beginning to shine though; I’ve tackled my ‘stuff I need to get’ list quite successfully over the past couple of weeks. I also brought back a double stroller from Calgary, as the same one is $400 more expensive here in Oz! 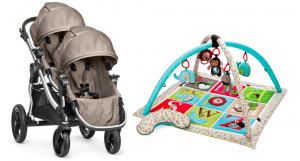 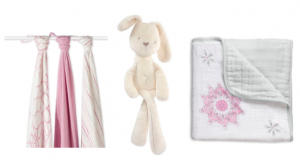 Clothing: When I was pregnant with Little T, I don’t think I purchased a single “maternity wear” item, but this time around I definitely picked up a few things from ASOS and Topshop Maternity to get me through! I also tend to wear a lot of Lululemon and Lorna Jane throughout the week when I’m roughing it at home with Thomas, the gym, or running errands. Most of their clothes are stretchy and pregnancy friendly, anyway!

Mood/Emotional State: I think I’ve held it together fairly well this pregnancy, although I’ve certainly had my fair share of cranky, patience-less days. These times are always amplified when I’m overtired.  Not sure if this is any different than usual, though! 😉

Workouts/Exercise: I’m still trying to stay active as often as possible. I actually made it to the gym five times last week! I did one Body Attack and two Body Pump classes, and then the other two days were just pretty relaxed on the cardio machines. There are certainly many days that I do not feel like working out, but I go simply to have a “mom break”. Having Thomas run around for an hour in the gym childcare is the only time I have to myself when Adam is away for work, so it’s a win-win. 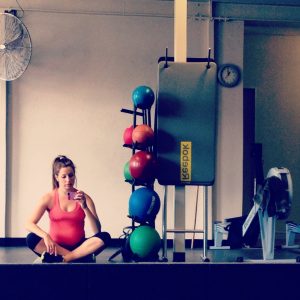 Worries/Fears: I’m actually not concerned about impending labour or anything related to my own wellbeing (yet). I had a great first experience with it all, and hoping for something relatively similar. My biggest concern at this point is going into labour and leaving Thomas behind. I’m not comfortable with him coming to the hospital before/while the baby is born, so we are in the process of putting a few plans in place with friends who are able to watch him or who we can call unexpectedly. The thing is, all of our friends here a) have full time jobs and/or b) have small children of their own, so I feel guilty asking them to drop everything and help us. It’s difficult not having family here in Brisbane to call at 2am. Or have Thomas wake up in the morning and have a “stranger” here instead of his Mom and Dad. So yes…when I think about this birth, I am more concerned about what will transpire with our family situation than anything else. I’m sure a better plan will work itself out in the next few weeks, but for now these are my worries.

Things I Am Missing: Sushi/sashimi, wine, teaching Body Attack, and my Canadian friends & family as a support system through all of this. 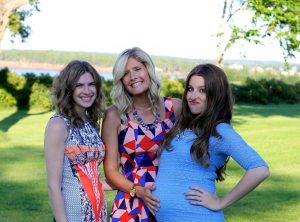 Well, I think that just about covers it! I doubt I’ll do another in-depth pregnancy update between now and full-term. It’s simply something I was inclined to write about at present. I feel like I haven’t had the time to really focus on this pregnancy as I would have liked. When you are so busy with another child, the only time you have to reflect is in bed at the end of each day when the lights go out. So, this post was therapeutic, if anything!

We are certainly excited and anxious to meet our new addition in early November. Things are about to get a lot crazier around here, but what’s life without a little roller coaster riding from time to time? 😉